Week two has started well. My forensic expert got back to me very promptly with some fascinating answers to the questions on the decomposition of human bodies I sent him on Friday (see a previous post for details). This means I can now start writing up the novel’s opening scene, safe in the knowledge that the new draft begins with a strong, emotional scene that is accurately described. 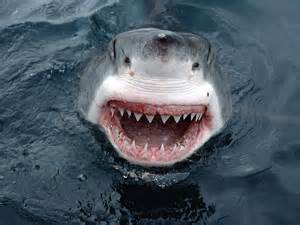 The first thing I need to do with this information is to decide precisely which parts to include. When I worked as a journalist I was often privy to unpleasantly precise details about the accidents, deaths or murders I covered, and I quickly learned to filter out what was not suitable for inclusion in a news report. I tend to apply the same filter to my fiction writing and avoid hugely graphic descriptions of death or suffering. A few well chosen brush strokes paint a far more vivid picture than reams of nauseating detail.

That said, the answers to my questions were so interesting that I have decided to include a scene in the new draft of my novel where Danny Sanchez speaks with a forensic expert. This will allow me to include some of the more interesting scientific points my forensic source has given me. As a writer, I am always on the lookout for interesting information to include in my novels, although I am careful not to over season the text with too much, as it can slow down what really matters – the story.

Another important task for this week is to start up a separate Word document entitled Stolen Lives – acknowledgements and to thank my forensic source for his help. I am always meticulous about acknowledging the help people have given me in getting my research right, although on previous books I forgot to do this while I was writing and was forced to wrack my brain as to names months after the book was completed.

Now that I know where my book starts, I will also be working on a timeline for what some of the characters were doing prior to the opening of the novel’s action. A lot of the process of deciding on a novel’s plot is really only the writer asking him/herself questions and then answering them. In this case, I have my opening scene and my dead body discovered amid the rubbish at a landfill site. I now need to determine how the corpse ended up there. Who dumped it there? And why? How did they transport the body there? Did anyone see them? Was the body wrapped?

Although the information in this timeline will likely never see the light of the day, I find this process extremely helpful. My interest and imagination are always engaged by watching characters research a mystery, slowly peeling away the layers to uncover a dark secret.  Creating timelines for characters’ actions that have taken place offstage (so to speak) helps to create ideas for the clues by which Danny Sanchez will unravel the mystery.

One final point for week two: I have decided to include in this novel some of my views on the Spanish Civil War and the long shadow it continues to cast over Spain – but more on that in a later post.

PS. I have chosen to embellish these blog posts with photos, but there is a limit as to how many photos I can include that are directly relevant to my writing, so instead I will be choosing images that are pleasing to me in some way, so apologies if some seem a little random. Today’s is of a Great White Shark.