23 – Aquellos polvos (Reap What You Sow)

Goya turns his attention to the Spanish Inquisition. The picture shows a woman wearing the penitential garments that prisoners of the Inquisition were forced to wear while being tried. In the background, a functionary of the Inquisition reads from a sheet of paper, no doubt listing the crimes of which the woman was accused.

Although the title might seem to refer to the prisoner’s fate, Goya’s notes make it clear it is meant ironically, for he is scathing in his condemnation of the woman’s treatment and of the church. He wrote, ‘What a disgrace! To treat an honourable, diligent woman in this way . . . Vulgar and illiterate priests and friars earn their daily bread from organising such spectacles.’

(Spanish speakers will notice that I have not translated the print’s title literally, as it comes from a Spanish saying, ‘Aquellos polvos traen estos lodos’ -which means more or less the same as ‘You will reap what you sow’.)

It was this print that caused Goya to withdraw Los Caprichos from sale in 1802, as the Spanish Inquisition enjoyed a sudden resurgence of power at the beginning of the 19th century, and this print was denounced to them. 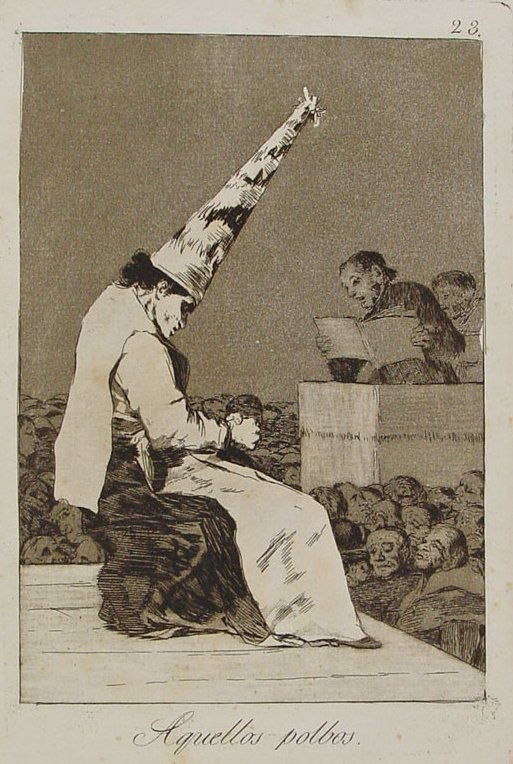