Samuel Pepys. The very name conjures images of 17th century London and Merrie Olde England – powdered wigs, livery coats, lantern-lit taverns, plague, fire – and his diary is celebrated as one of the most important historical documents in English social history.

And yet, Pepys was a rampant sexual predator. There can be no doubt of this, for, unlike Harvey Weinstein and Kevin Spacey – against whom, we must remember, there are mountains of allegations, but no convictions as of yet – Pepys stands accused by his own pen. 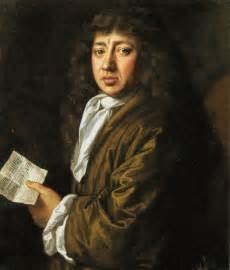 On 18 August 1667 Pepys wrote: ‘Into St. Dunstan’s Church, where I … stood by a pretty, modest maid, whom I did labour to take by the hand and the body; but she would not, but got further and further from me, and at last I could perceive her to take pins out of her pocket to prick me if I should touch her again’.

Elsewhere, there are more successful encounters as he gropes and forces himself upon shop girls, tavern girls and street girls, with Pepys showing a particular yearning for girls in their teens, such as his wife’s 17-year-old companion, of whom he wrote on August 6th, 1665:

“Dressed and had my head combed by my little girle to whom I confess that I am too friendly, recently often putting my hands in the two things of her breast; but I had to stop it lest it bring me to some major inconvenience.”

So, here’s the thing: where does Pepys fit in among all the recent public indignation about sexual predators among celebrities? Are his diaries tainted by his predatory ways? Should their place among the canon of English literature be re-evaluated because of this disgusting and reprehensible behaviour?

Or, if on the other hand, we dismiss his sexual predations as the norm for that period in history, where is the cut off? When is the point in history that we say, ‘Before this date, it was fine to grope women, as that was the way men were back then; but after this date, it becomes criminal behaviour’?