Yes, of course he was – worse than most human beings have the capacity to comprehend or even to imagine.

What I want to discuss is this: Hitler was bad, but was he the worst? Out of the mid-20th century dictators, I mean.

Now, this is a question that has been argued over for decades by everyone from the least informed barstool bore to (some) serious historians.

Surely Stalin was worse than Hitler, they argue? Between the revolution, the civil war, the Ukrainian famines, the Red Army purges, the Iron Curtain repression . . . he was almost certainly responsible for more deaths than Hitler.

Or Mao Zedong? Christ, this was a bloke who was so ruthless and repressive, he even declared war on China’s sparrows! And he had a quarter of the world’s population upon whom to vent his ideological idiocies during a 27-year-rule.

How do we get a handle on all this? Are comparisons possible? Are they even of any use?

I think they are.

This, to my mind, comes down to what I call the “terminal velocity” argument: in the same way that an object reaches a point where it simply cannot fall any faster, once a dictator’s death toll reaches a certain level, the evil involved in causing said deaths simply cannot become any more evil.

Next, let’s look at Hitler’s contemporaries and how they came to achieve dictatorial power:

There is one thing all these odious names share: their power emerged from gigantic and violent historical upheavals.

Hitler’s rise to dictatorial power is very different. Sure, the Nazi Party’s existence would have been impossible without WWI and the revolutionary waves that swept Germany in 1919. But he had his attempt to snatch power through violence – the 1923 Munich Beer Hall Putsch – and it failed miserably. 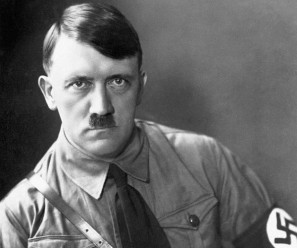 And that is where his path diverges from all the others: he stopped being a revolutionary, and began to work within the democratic framework of the Weimar Republic, building his power base by fomenting racial hatred and drawing upon the discontent caused by the miserable economic conditions of the times.

Many people do not realise (or remember) that Hitler came to power in Germany via entirely legal and democratic means: he was handed the chancellorship in 1933 via the help of German catholic and conservative politicians; and he was granted the emergency powers that would spell the end of democracy in Germany by a majority vote in the Reichstag.

This brings me to my point. Because the “who-killed-how-many?” argument muddies a far more dangerous and important question: which of these men can happen again?

Can anyone seriously imagine a left-wing revolution occurring in a major European country now? Communism proved to be a farce, and is now little more than a Monty Python joke (“Whatever happened to the Judean Popular People’s Front? He’s over there. SPLITTER!”)

But can you envisage a viciously nationalistic party, wrapping itself in fluffy words of patriotism, while building a power base via racial intolerance and economic discontent? You should be able to, as these types of political parties are running rampant all over Europe, and gaining significant electoral successes.

Does that mean we will see another Hitler in our time? (Or, more worryingly, in our children’s time?)

But I would argue that, at this particular time in the world, we should put aside the whole “who-was-worse-than-whom” argument and recognise that Hitler was (and continues to be) the most dangerous, as we have already seen during our lifetimes the hideous effects his irresponsible and hateful political methods can have . . .

Before the Yugoslavian conflict began, there was a period of intense, rabble-rousing speeches espousing and fomenting racial hatred. And once the fighting began, those vicious speeches turned from word to action, as paramilitary groups began the killing and raping and torturing of civilians, and emaciated figures gathered at the wire walls of concentration camps before the stunned TV cameras of the world.

I will end with a quote from Bertolt Brecht, written after the Second World War, speaking of Hitler but looking towards the future: “For though the world has stood up and stopped the bastard, the bitch that bore him is in heat again.”