Missed the first three parts? What to re-read them? Click here.

At 11:04 on February 12th, 1901, a police sergeant named Kershaw ordered his eight-man-team of constables to surround a dilapidated house in the centre of Railroad Heath forest and called for the building’s occupant, Victor Gorenhoff – a man suspected of abducting and murdering six children – to surrender. 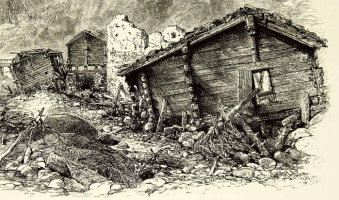 The only answer was a brief flicker of movement by one of the building’s broken windows. Finding the main door locked and barred from within, Kershaw ordered his men to break it open.

The official report on the raid filed by Sergeant Kershaw is perfunctory in its details. Luckily, Professor Albert Longden – a noted expert in English folklore – was also present and left a far more detailed description of events.

In his diaries, Professor Longden wrote: ‘Upon breaching the door and entering the house, we found a large room that was filled with all manner of filth. Its roof was open to the elements and the walls were rank with mildew and mould, while the warped floorboards were covered an inch-deep in pigeon droppings.

‘A mattress stuffed with straw in the furthest corner of the room was the only sign that a human inhabited this squalor. This crude bed was surrounded by the gnawed bones of foxes, rabbits, squirrels, and birds. The stench inside was indescribable. 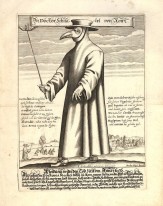 ‘The building was clearly far older than we first realised: the foundations were composed of dressed stone between two and four feet in height, and the Elizabethan structure had grown out of these cracked and broken relics of medieval masonry.’

There was no sign of Gorenhoff inside the house, but in a windowless interior room, police found a trail of fresh footsteps that led down into the cellar.

The cellar was clearly part of the older structure noted by Longden, as the steps and flooring were constructed from flagstones of the same granite used to build the exterior walls.

Longden states, ‘We proceeded downstairs with caution, as Gorenhoff was likely hiding in some dark corner.

‘The cellar was much larger than the structure above, and its walls were made of earth. These had been modified many times over the centuries: by the flickering light of our lanterns we could see that we were surrounded by nooks, niches and dozens of other delvings.’

The danger of Gorenhoff’s presence was soon forgotten by Professor Longden when he noticed what lay before him: ‘A complex zodiac had been drawn in chalk upon the floor of the cellar. Between each astrological symbol was drawn the Devil’s Twist; and the Sator Square [an ancient quadruple palindrome much used in acts of pagan witchcraft, which reads the same forwards, backwards, upwards and downwards] was carved into one of the flagstones.

‘In the centre of the zodiac, a Cross of Salem was propped against the stone column that supported the roof. To this wooden cross was tied the crude likeness of a skeletal child.

‘Its head comprised an ancient leather plague mask bound to a human skull. Below this hung a thoracic cage and a pelvic bone. Given the breadth of the former, I judged it to be that of a young male, while the pelvic bone was obviously that of pre-pubescent girl.

‘The limbs were tied to the crossbeams, and each part of the arms and legs were made from bundled bones, tied together with human hair. Each bundle comprised six bones – one from each of the victims. All of the bones glistened with fatty grease which had been slathered across their surfaces and forced into the spaces between them.

‘Given the fact that all the bones were clean and bleached, it seemed obvious to me what had occurred: the children’s limbs had been boiled in the cauldron that hung in the slaughterhouse outside then rendered down into tallow.

‘The police constables were loath to even approach the thing; but I could see the plague mask was stuffed with small packages. Crossing the edge of the chalk zodiac, I removed the mask from the skull. I then reached inside and removed one of these packages.’

Here was the evidence the police team had most feared to find: the package was identical to that found at the scene of Harry Shilling’s abduction. The contents, too, were identical: a severed tongue and a collection of six teeth. Longden removed the other packages from the beak of the plague mask and found they contained the same.

The police, meanwhile, had begun to search the cellar, calling for Gorenhoff to reveal himself. It was then that disaster struck.

Panic in the Dark

The cellar was home to many animals: rodents, bats, toads, spiders, lizards.

The common European adder inhabits precisely the type of sandy heaths and woodland that surrounded the Gorenhoff house. The snake (known colloquially as an “adder” or “viper”) is not known for its aggression, but will bite when startled, stepped on, or made to feel threatened.

The snake struck suddenly from the darkness, biting a young constable named Bullock on the calf who – in a spasm of shock and panic – discharged his pistol into the floor. The bullet hit a flagstone, ricocheted upwards and caught another constable in the back. The bullet went straight through this man’s shoulder, shattering the clavicle and severing the axillary artery.

With Gorenhoff trapped somewhere in the cellar, Sergeant Kershaw ordered his men to carry their injured colleagues outside.

The constable with the shoulder wound was already faint and pale, and there was nothing his colleagues could do to stem the gouts of arterial bleeding. He died within minutes.

The victim of the snakebite was also in a serious condition.

Longden writes: ‘The snake was nothing more than a common adder – I caught a clear glimpse of the distinctive zigzag dorsal pattern as it slithered away – but I have never heard of one giving so terrible a bite.

‘By the time we slit open Bullock’s trouser leg, there was already severe bruising at the location of the wound. A minute later, the man’s lips, tongue, gums and throat began to swell as he writhed and clutched at his windpipe, fighting for breath; but the swelling continued until his face was hideously bloated. Death came approximately 10 minutes later, and I fear it came as a merciful release for Constable Bullock. But we had little time to mourn his passing as it was then that a fire began inside the house.’

Sergeant Kershaw’s official report and Longden’s diary greatly differ in their recounting of the fire.

Kershaw states that in the rush and panic following events in the cellar, “a lantern was dropped and a fire ensued, destroying the building.”

Longden, however, believed the fire was started deliberately in an effort to either smoke Gorenhoff out of the cellar or to kill him. He wrote: ‘The police officers were in a black and angry mood. When Constable Bullock’s death agonies reached their final crescendo, I saw two of the constables re-enter the house holding kerosene lamps. Moments later, they exited again, with smoke already beginning to waft from the broken windows.’

Despite the dampness inside the house, the fire took quickly. Within a matter of minutes, flames were licking around the roof beams; then the entire construction collapsed in upon itself, filling the cellar with flaming debris.

There were mutters of satisfaction among the policemen: there was no way anyone in the cellar could have survived; justice had been served.

Their mood of grim satisfaction was short-lived. As the fire grew, smoke began to rise from behind a hillock away to the west of the property. Upon investigating, the police found the smoke was emerging from an earthen tunnel that clearly led back towards the house, and a sudden, awful realisation dawned upon them: Gorenhoff had not gone to the cellar to hide.

He had gone there to escape.

Click here to read Part 5: The Hunt for Gorenhoff 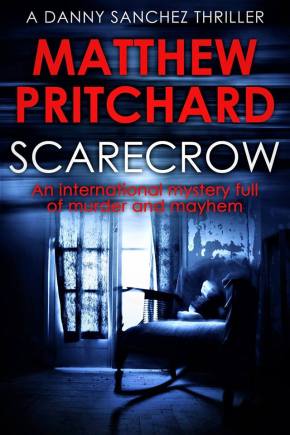